Polytechnic University Strengthens Cooperation with the Chinese Academic of Sciences

On April 16, a delegation of Peter the Great St. Petersburg Polytechnic University headed by SPbPU Rector, Academician of the RAS Andrei RUDSKOI visited the Shanghai branch of the Chinese Academy of Sciences (CAS). The Chinese Academy of Sciences is a leading center for fundamental research in the field of natural sciences and high-tech in the PRC. 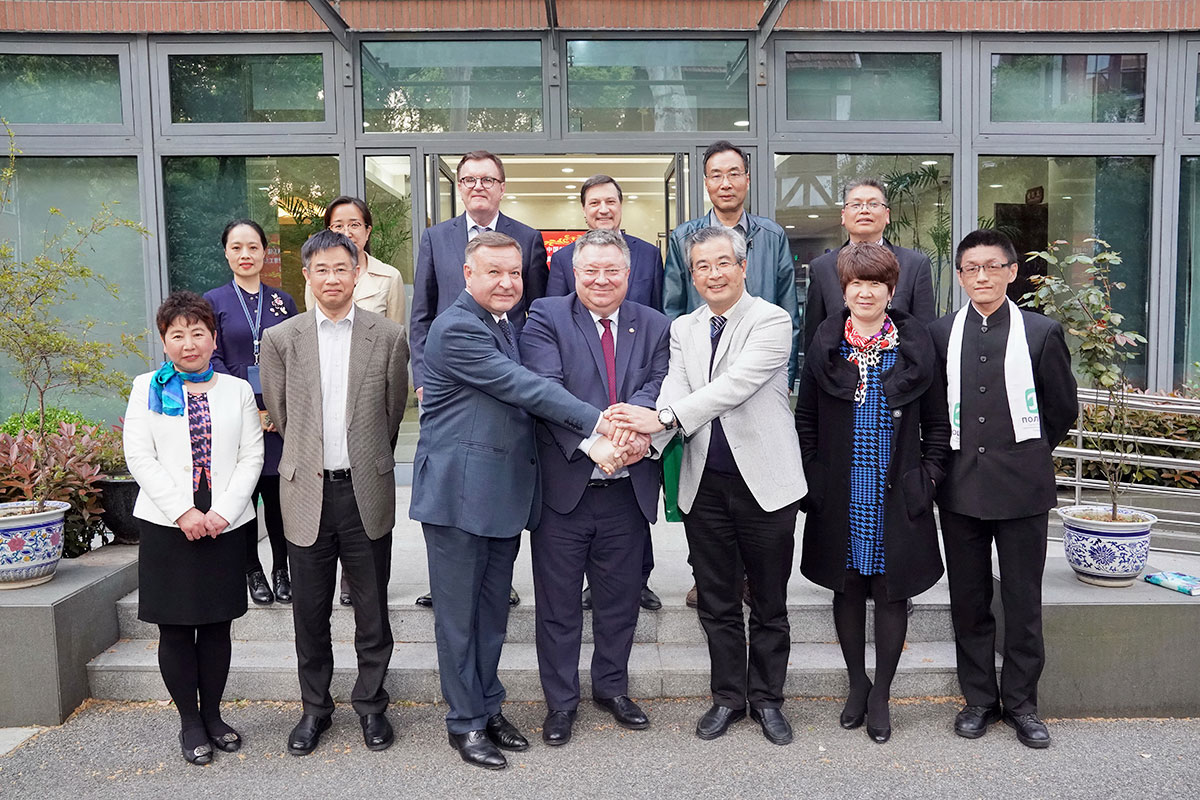 St.Petersburg Polytechnic University actively develops cooperation with CAS branches. Considering the close connection of SPbPU and institutes of the Russian Academy of Sciences, our university acts in this partnership as an aggregator of academic cooperation with China. At present, Polytechnic University has signed agreements with the Shanghai Institute of Technical Physics of the Chinese Academy of Science on the creation of two joint laboratories: the laboratory of hybrid reconfigurable computing platforms for managing fast physical processes and the laboratory of topological insulators and quantum computing. Currently, a roadmap for cooperation is under development, and this was one of the key reasons for the visit of the SPbPU delegation to the Shanghai branch of CAS.

From the Russian side, SPbPU rector Andrei RUDSKOI, Russian Consul General in Shanghai A.N. YEVSIKOV, SPbPU Vice-Rector for International Relations Dmitry ARSENIEV, and Assistant Rector Vladislav ZHIVULIN took part in the negotiations. The Chinese side was represented by the Vice-President of the Shanghai Branch of the Chinese Academy of Sciences Mr. Xu ZHANG and the Director of the CAS institutes.

Russian and Chinese colleagues discussed the details of the roadmap and optimal models for the development of joint laboratories. In addition, the possibilities of collaboration and the prospects for interaction with scientists of Polytechnic University were discussed with representatives of three CAS institutes: the Shanghai Institute of Engineering Physics, Shanghai Research Institute of Silicates, and Research Institute of Precision Mechanics and Optics. 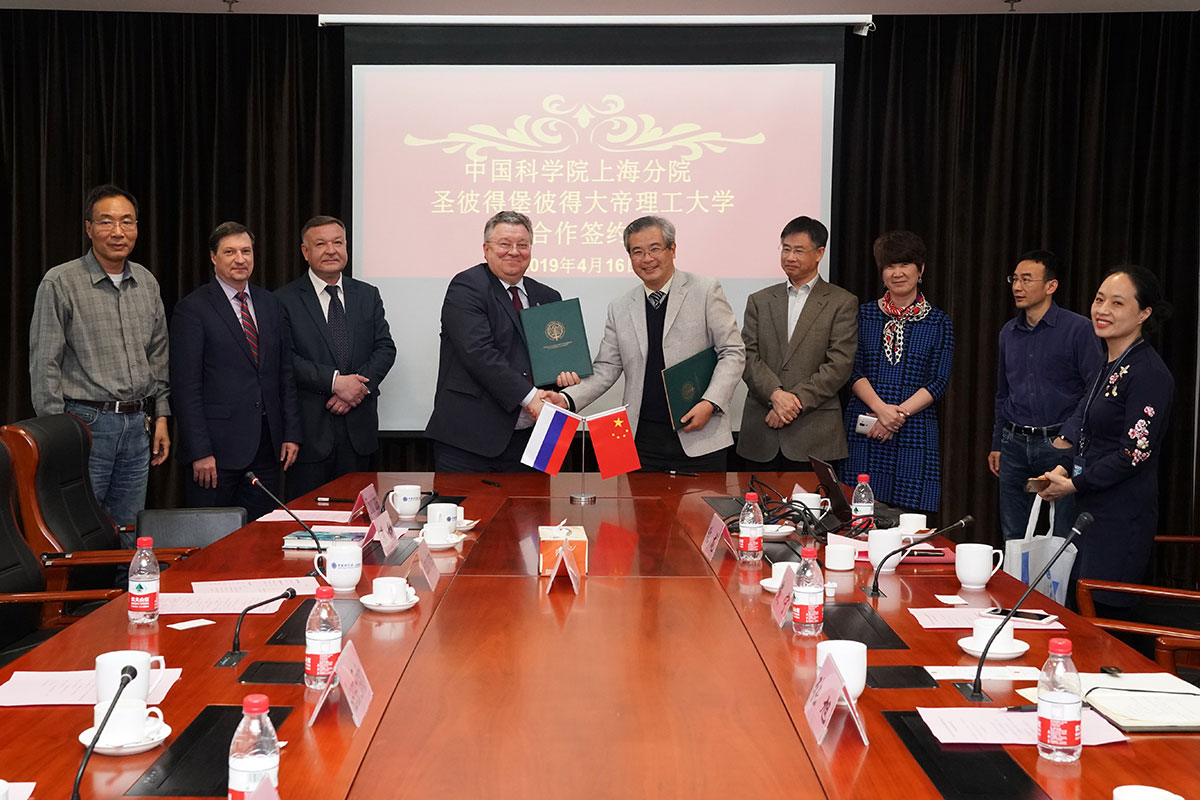 The final stage of the negotiations was the signing of a cooperation agreement, which was signed by the rector of SPbPU, Andrey RUDSKOI, and the Vice-President of the Shanghai branch of the CAS Mr. Xu ZHANG. The main purpose of the agreement is the development of academic exchanges between SPbPU and branches of CAS and the establishment of long-term mutually beneficial partnership. In particular, Russian and Chinese colleagues plan to organize various joint events, e.g., seminars and conferences, in the near future, implement research and innovative projects, participate in international conferences and symposia, hold student and teacher exchanges, and much more.

“Today we have made another step towards new prospects and opportunities. Peter the Great Polytechnic University aims at long-term and productive cooperation with our Chinese partners. Together we can solve tasks of a different nature, both everyday and global, and they all bring us closer to great future and new momentous victories. And this is why we must move only forward!” Rector of SPbPU Andrei RUDSKOI designated the development vector.