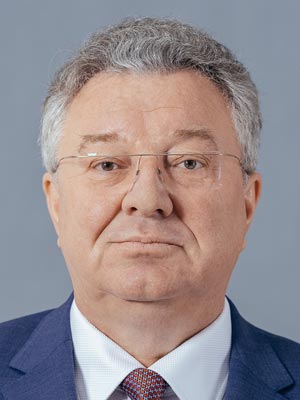 The area of scientific interests of Andrei I. Rudskoi covers the theory and technology of nano-structured metallic materials, the theory of the metal forming and powdered materials. He is the author of more than 200 scientific papers, 13 monographs.

Andrei I. Rudskoi is a winner of the RF Government Prize in the field of education (2008), in the field of science and technology (2013), member of the public academies in Russia and the Honorary Doctor of the Częstochowa University of Technology, Poland.

Andrei I. Rudskoi has the government awards.