The International Polytechnic Winter School: Updated and Ready to Go

On January 21, the International Polytechnic Winter School yet again started at Polytechnic University. Nearly 300 participants from more than 20 countries of the world got together at the SPbPU White Hall.

“Polytechnic University already is one of the acknowledged leaders of summer schools in Russia. This year, on the eve of the 120th birthday of our university, we decided to upscale our International Polytechnic Winter School too. And we did it: the number of both participants and modules are several times higher than at previous winter schools. This means, we will keep developing; SPbPU has all the preconditions to do that,” Vice Rector for International Relations D.G. ARSENIEV pointed out. 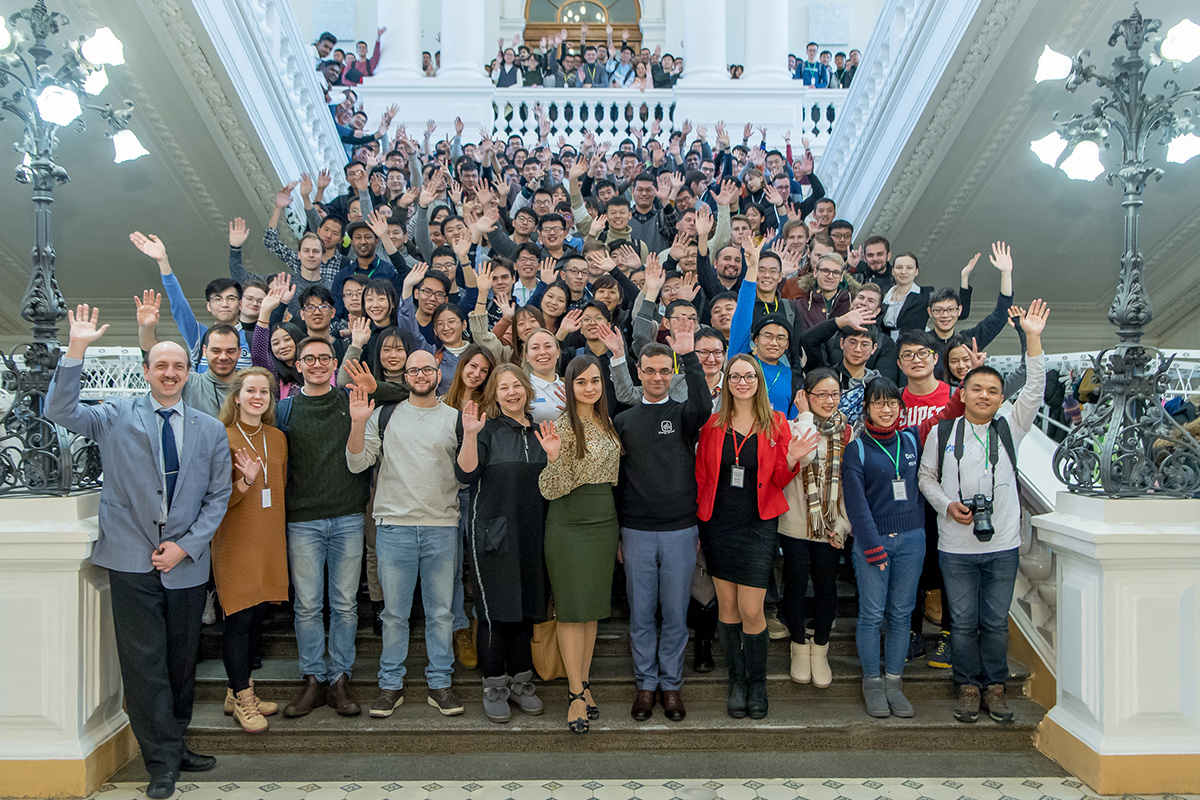 The International Polytechnic Winter School is traditionally popular among students from China, Germany, Italy, South Korea, India, and some other countries. Young people from the Philippines, Malaysia, Indonesia, Argentina, Belgium, Greece, Azerbaijan, Turkey, and Nepal came to the winter St. Petersburg for the first time.

University CEOs and project coordinators greeted the students before they went to the introductory lectures. Vice Rector for the Youth Affairs M.A. PASHOLIKOV wished them success and new friends. “In addition to lectures and seminars with leading Russian and foreign specialists, you will have an intensive cultural program. Let joyful emotions, the warmth of new acquaintances and the energy new knowledge warm you up in this snowy winter,” Maxim Pasholikov said. 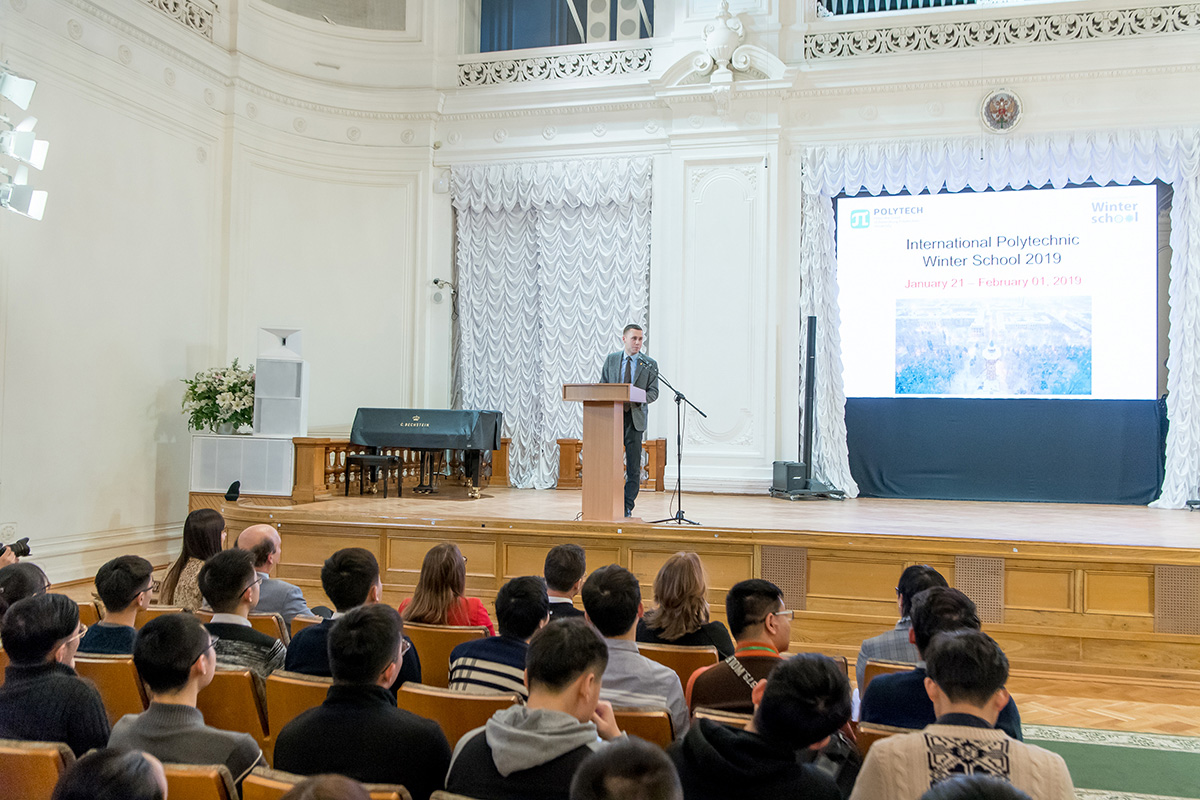 In 2019, the International Polytechnic Winter School has eight educational modules; four of those belong to the power production cluster: more than 200 students will study Nuclear Engineering, Turbomachinery, Electrical Engineering, Oil & Gas. For the first time, the school included the modules of “The Russian Language and Culture”, “Modern SAP Technologies”, “Civil Engineering” and “Doing Business in Russia”. Most of the modules took start on January 21 and will last through March 1. The Russian language module is scheduled to start later: it will be taking place on February 18 – March 1.

The educational program includes not only class studies at the SPbPU auditoriums and laboratories, but also visits to the major St. Petersburg and Leningrad Region enterprises. For educational purposes, the students will visit the Leningrad Nuclear Power Station, the Hyundai Motor Plant, and other facilities. And the teams of the Adapters Public Institute have come up with an intensive cultural program, so that all school participants could admire the beauty of St. Petersburg in the mantle of snow.

“Initially, we had been expecting about 200 participants, but had it in mind that the final figures could be higher. We can make only one conclusion: interest in studying in Russia is going up in foreign countries, and we, on our part, are doing our best to make sure that the positive expectations of studying at the International Polytechnic Winter School would come true,” concluded coordinator of the International Polytechnic Winter School D.I. KLIMOVA.